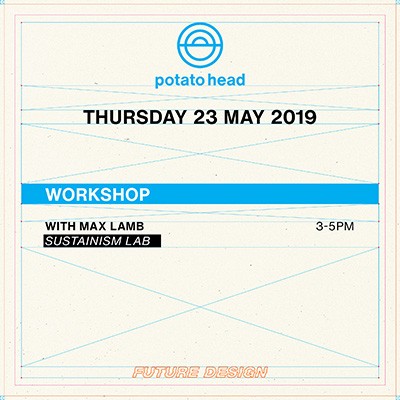 British designer Max Lamb cites his upbringing in the bucolic landscape of Cornwall as the source for his creative spirit and his deep appreciation for natural materials. In 2003 he earned a degree in Three Dimensional Design from Northumbria University, and, in the same year, was awarded both the Hettich International Design Award and the Peter Walker Award for Innovation in Furniture Design.

In 2006, he completed his Masters Degree in Design Products at the Royal College of Art. After a year designing for Tom Dixon Studio, he established his own practice in 2007 and began teaching at ECAL in Switzerland. Lamb is known for creating beautifully crafted pieces with materials and traditional processes at their core. His work is infused with a strongly international sensibility, informed by his travels to China, Japan, India, Nigeria, and elsewhere.

Is a seven-day event bringing together an array of local and international creatives for a series of exhibitions, installations, talks and workshops which highlight how design can be a driving force in building a better future.